500 acres of land waterlogged in Palwal 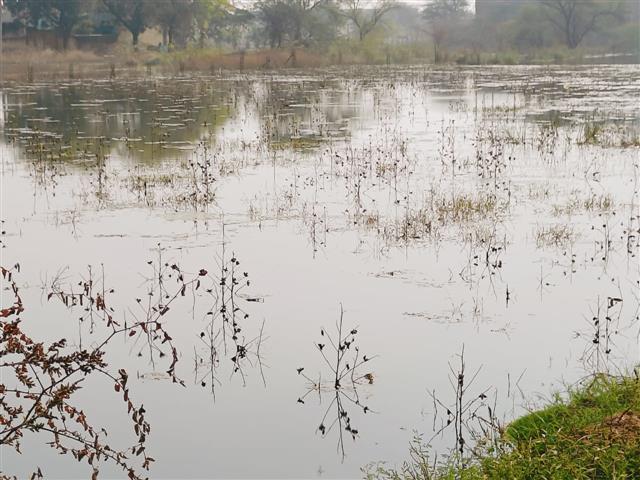 Over 500 acres of agricultural land has been reported to be waterlogged in Palwal.

The district has a complete of about 68,000 hectares of agriculture space.

“Land of a number of villages of Palwal and Hathin sub division of the district have been below two to 4 toes of water for the previous three to 4 months. The failure to empty extra water has led to issues for farmers, who’ve been unable to sow crops for the following season,” reveal sources within the Agriculture Division.

“We’ve been unable to take up sowing for the previous few months on account of acute waterlogging precipitated throughout the monsoon season,” mentioned Ganga Ram, farmer from Prithla, one of many largest villages within the district.

Charan Singh and Mohan Lal from the identical village mentioned waterlogging had prevented them to take up any farming exercise since August.

Ajay Tanwar, a resident, mentioned 150 acres of agricultural land was nonetheless waterlogged and the difficulty had already been taken up with the officers involved.

“Whereas waterlogging has change into nearly a perennial challenge in about 15 to twenty villages within the district, delay in well timed motion or lack of sufficient preparations to cope with the difficulty for a long-term foundation has led to the recurrence of the issue,” mentioned an official.

Alleging that the authorities have did not take any motion, former MLA Karan Dalal mentioned farmers have been struggling enormous losses.

“Although pumps have been practical at some locations, dewatering is taken up as quickly as a grievance is obtained,” claims a senior official of the Irrigation Division.