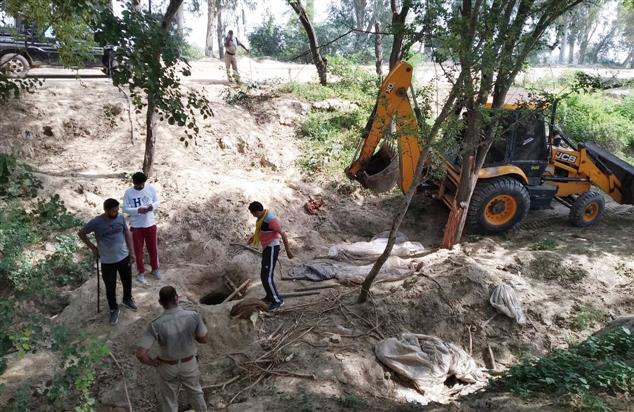 In a significant achievement through the drive launched after demise of 116 individuals resulting from spurious liquor, officers of Excise division, Khuyiansarwer police and Rajasthan police on Thursday detected and destroyed about 90,000 litre of illicit liquor that had been dumped alongside the Gang (Bikaner) canal.

Deputy Commissioner, Excise, Jaskaran Singh Brar stated the division had taken the assistance of Khuyiansarwer police station in addition to their Rajasthan counterparts.

Assistant Commissioner Excise RS Romana stated the division was constantly investigating such delicate locations. On a tip-off, Excise Inspector Jasbir Singh Gill took motion. He stated there was a dense tree cowl on the banks of the canal that passes by way of Abohar. Bootleggers had dug deep pits to dump illicit liquor.

In a joint operation was launched close to Tootwala village, the division detected about 90,000 liter saved alongside the canal. It was destroyed on the spot.

In one other raid Excise Inspector Harjit Singh with the assistance of Abohar Sadar police recovered and destroyed 500 litre of illicit liquor from the banks of Abohar Department Canal close to Chanankhera village.

It could be recalled that excise and police groups of Fazilka and Muktsar districts had destroyed hundreds of litres of illicit liquor close to Chanankhera village previously five-six years however the accused have been seldom nabbed. The canal financial institution was thought of main hub of illici liquor preparation within the area, however lot must be carried out to crack the mafia, individuals stated.