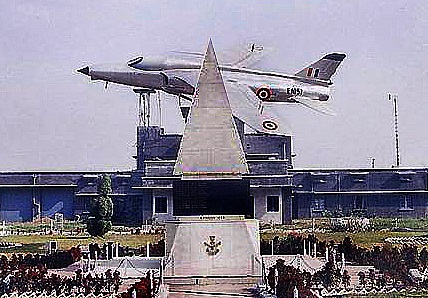 The historic affiliation of 17 Squadron of Indian Air Power with the Sikh Mild Infantry of Indian Military was formally signed at a solemn ceremony on the Air Power Station, Ambala, immediately within the presence of Air Marshal Amit Dev, Air Officer Commanding-in-Chief, Western Air Command.

The ceremony started with the inspection of the guard of honour by Chief of Military Employees (COAS) Common Manoj Mukund Naravane, who can also be the Colonel Commandant of the Sikh Mild Infantry Regiment, adopted by a gap deal with by the AOC-in-C, WAC. Thereafter, the ‘Constitution of Affiliation’ was signed by the COAS and the AOC-in-C, WAC.

The affiliation of the Regiment with the Rafale Squadron of Western Air Command will help in improvement of mutual understanding of joint ethos, functionality, limitations and core competencies of each providers by way of frequent understanding of navy tactical doctrines and ideas within the up to date battle atmosphere.

COAS Common Naravane highlighted that the thought behind the affiliation was geared toward better understanding of one another’s operational ethos, constructing camaraderie and spirit-de-corps.

The ceremony was additionally marked by an aerobatics show by the mighty Rafale plane and a show on floor by the Sikh Mild Infantry Regiment.