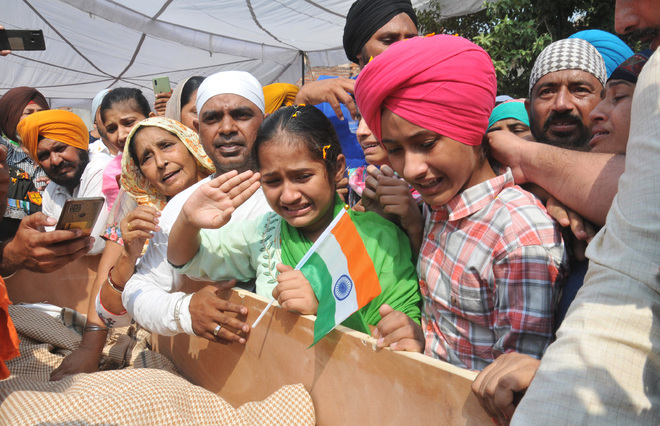 Placing up a courageous face, Manjit Kaur remained decided to not shed a tear because the physique of her youthful son, Sena Medal awardee Naib Subedar Jaswinder Singh, reached his native village Mana Talwandi in Bholath this morning. Jaswinder was martyred in a militant assault in Poonch on Monday.

Whereas 1000’s of individuals bid a last adieu to the braveheart with moist eyes, Manjit Kaur was heard telling everybody that she was pleased with her son’s sacrifice. “My son’s martyrdom doesn’t shake my resolve to organize my grandson Vikramjit Singh (13) for the Indian Military. In actual fact, my resolve acquired stronger at present. He too will observe the footsteps of his father, grandfather and paternal and maternal uncles, all of whom have served the armed forces”.

The martyr’s son and daughter Harnoor (11) wore proud smiles on their faces as they laid a wreath and saluted their father earlier than the cremation.