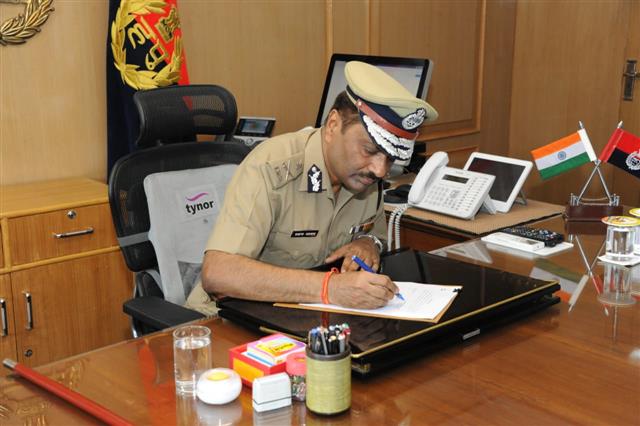 Director Common of Police (DGP) PK Agrawal flagged off ‘Jagriti Yatra’, a month-long cycle rally launched by the Haryana Police to boost consciousness on girls security and empowerment, on the police headquarters in Panchkula, close to right here, at the moment.

“The initiative goals to make girls and ladies conscious of their rights, and educate them in regards to the position of assorted companies, together with the police, in safety of individuals,” the DGP stated.

The ‘Jagriti Yatra’ will cowl all districts in Haryana. Social consciousness occasions might be organised by the district police groups for maximising the outreach of the initiative.

The rally that commenced from Panchkula will culminate on December 10 with the closing ceremony on the police headquarters.

US Condemns Russia's "Use Of Harsh Tactics" Against Navalny Supporters