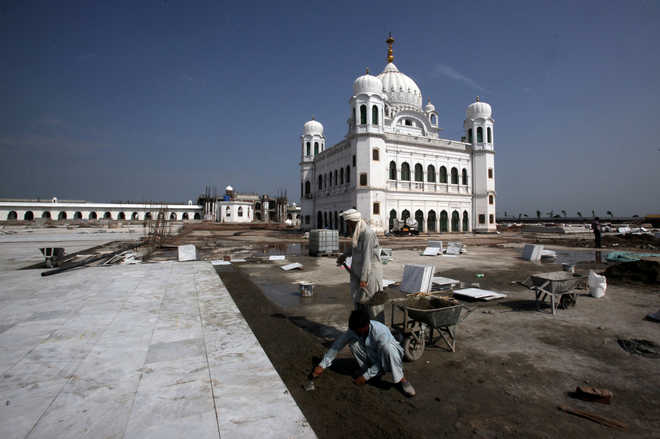 Closed in March 2020 within the wake of the Covid pandemic, the Kartarpur Hall linking Dera Baba Nanak in India’s Gurdaspur to Gurdwara Darbar Saheb in Narowal, Pakistan, will reopen for pilgrims on Wednesday.

Union Residence Minister Amit Shah made the announcement on Twitter on Tuesday saying, “In a significant choice, that can profit massive numbers of Sikh pilgrims, PM Narendra Modi’s authorities has determined to reopen the Kartarpur Sahib Hall from tomorrow, November 17. This choice displays the immense reverence of Modi govt in direction of Shri Guru Nanak Dev Ji and our Sikh group.”

The Residence Minister mentioned the nation is all set to rejoice the Parkash Utsav of Guru Nanak on November 19.

“I’m certain that PM Modi authorities’s choice to reopen the Kartarpur Sahib hall will additional increase the enjoyment and happiness throughout the nation.”

In a significant choice, that can profit massive numbers of Sikh pilgrims, PM @Narendramodi govt has determined to re-open the Kartarpur Sahib Hall from tomorrow, Nov 17.
This choice displays the immense reverence of Modi govt in direction of Shri Guru Nanak Dev Ji and our Sikh group.

Sources mentioned the Prime Minister’s Workplace was in contact with the Ministry of Exterior Affairs and the Ministry of Residence to finalise the modalities after serial representations to the federal government to reopen the hall.

The announcement of reopening follows three conferences of BJP leaders from Punjab, Delhi and Jammu and Kashmir with President Ram Nath Kovind, Prime Minister and residential minister, searching for that the hall be reopened.

Welcome step …. The reopening of the Hall of infinite prospects … invaluable present for Nanak naam levas … might the hall of the Nice Guru stay open eternally to bathe blessings on one an all …. Sarbat da bhala pic.twitter.com/88Dw9o8nA9

My profound gratitude to PM @narendramodi and HM @AmitShah for the well timed opening of the Kartarpur Sahib Hall. It is going to provide an opportunity to hundreds of devotees to pay obeisance on the holy shrine on the event of Guru Purab of Guru Nanak Dev Ji.

The Residence Ministry has, in the meantime, assessed the safety state of affairs earlier than giving the go-ahead to the hall reopening.

An settlement between India and Pakistan for the facilitation of pilgrims to go to Gurdwara Darbar Sahib, Kartarpur, Pakistan, was signed on October 24, 2019, with the intention to fulfil the long-standing demand of the pilgrims to have simple and clean entry to the holy gurdwara and to operationalise the hall in time for the 550th beginning anniversary of Guru Nanak.

The Settlement gives for visa-free journey of Indian pilgrims in addition to Abroad Citizen of India (OCI) cardholders, from India to the holy gurdwara in Pakistan each day, all year long. The hall connects Gurdwara Darbar Sahib in Pakistan with Dera Baba Nanak in Gurdaspur.